Taking his tally of wins for the year into double figures, the three-time series title victor also managed to increase his advantage to 660 points at the midway point of the massively competitive 2018 season.

Steve Whitelegg (Bury) also claimed two wins, one in Saturday’s Final and the other a dominant success in the Sunday Final, while championship front-runners Jack Parker (Wolverhampton) and Miles Rudman (Sutton Coldfield) each took a win apiece to keep their title ambitions on track.

Three races, three winners on superb opening day
Parker got the American Speedfest weekend off to a pleasing start with the quickest time in Saturday morning’s qualifying session, heading the times 0.169 seconds ahead of Rudman and impressive championship returnee Ali Topley (Hadfield).

In the grid draw ballot for Heat One, Gibson took pole position and he, Parker and Whitelegg had a sensational battle. After a pulsating opening lap, the trio headed over the line into lap two with nothing to separate them, 0.088 seconds to be precise, before Whitelegg hit the front and then went on to lead until the start of lap seven when he retired.

The fight for the win became a straight battle between Parker and Gibson and it was ultimately decided in Parker’s favour by a mere 0.2 seconds. Pett made a deserved podium return in third, with Lee Bourner (Bishop Middleham) fourth ahead of Paul Simmons (Lingfield).

In Heat Two, Mickel made the most of his front row berth to take the lead from pole-starter Rudman and the reigning champion led the way for the entirety of the 10 laps. Mills, from fourth on the grid, moved into second on lap two and into the fourth tour he was just 0.093 seconds shy.

Thereafter, Mickel was able to maintain a cushion of a few tenths of a second over Mills who took a very popular second place just 0.4 seconds clear of Rudman. Simmons continued a strong day with fourth position, a fraction ahead of Parker on the sprint to the line, with Whitelegg bouncing back from his earlier disappointment to take good points in sixth.

In Saturday’s Final, championship front-runners Mickel, Whitelegg and Parker duked it out in a fabulous contest and the trio were separated by only 0.2 seconds at the chequered flag on lap 12 after a real grandstand conclusion to the race.

Whitelegg, from the fourth row on the grid, worked his way to the front on lap two after passing early leader James Hall-Morton and he opened an advantage of over two seconds by the end of the third tour. Mills and Rudman battled over the podium placings during the first half of the contest but the former’s bid ended with a vexing retirement on lap six.

As Mickel and Parker made their way into the reckoning for the rostrum, from the 10th row of the grid, Rudman still held second but Mickel managed to get ahead on the penultimate lap before then taking the lead from Whitelegg on the final tour – post race, though, he was penalised for the move and Whitelegg took the win. Parker, meanwhile, snatched third from Rudman on the last lap.

Rudman joins Mickel and Whitelegg as Super Sunday winner
On Sunday, Heat One of the day was another typical Legends Cars classic with a tremendous battle at the front race-long between Rudman, Mills and Gibson. The top three did manage to pull away from the pack for their own private scrap, with Rudman soaking up immense pressure to win.

Mickel almost managed to steal third away from Gibson on the dash to the flag, the pair split by a mere 0.054 seconds over the timing beam, with Parker heading the next group in fifth ahead of the Se-Van of Anthony, the latter having run as high as fourth during the early laps.

Smith made the early running in Heat Two from Whitelegg and Pett, and although Whitelegg hit the front on lap four Smith re-challenged the next time around. Whitelegg then moved back ahead and held the lead until lap nine when the advancing Mickel moved through to the front.

He duly held on to claim his second victory of the weekend by a mere 0.054 seconds at the line from Whitelegg, with Smith just 0.4 seconds further shy in third. Pett rounded out the top four, but only by 0.032 seconds ahead of Parker, while Gibson racked up yet more strong points in sixth.

Nic Grout (Devon) made a strong start from pole in the Final and led the first two laps before racing fell under caution on the third tour following an incident. When the action resumed at the end of lap six, Grout continued to impress ahead of Paul Simkiss (Ripponden) but Whitelegg made his way to the front of the pack on the eighth tour and Mickel joined him in second place the next time around.

Determined to add a second win, Whitelegg wasn’t to be denied and he pulled away from Mickel to claim victory on lap 14 by almost three seconds. Third went the way, just, of Brands Hatch local Anthony who bagged his second career podium – it was a close run thing, though, with Parker and Rudman just hundredths shy at the line.

John Mickel:
“It’s been another strong weekend for us, it’s good to be leading the championship halfway through the season and the less races we have left the harder it is for everyone to try and catch me. I’m pleased to get another couple of wins and lots more points, we just need to keep the car on track and finish every race as we are doing. If we can leave Donington in this position, I’ll be very happy.”

Steve Whitelegg:
“All in all it was a mixed bag for us this weekend, but great to get two wins. Saturday went OK with winning the Final, on Sunday we tried a set-up change for the first Heat but it was a disaster. So, we reverted after that and it was a much better day overall with a near dead-heat in the second race and winning the Final by quite a way. Huge thank you as always to WTBS and my sponsors.”

Miles Rudman:
“It’s been good, but it has been quite a tough weekend too. I’d say we were 95% there, there were a few little issues but other than that I’m pretty happy. We just need to try and keep it consistent and that’s what we’re doing, taking as many points as we can – getting another win was great.”

Jack Parker:
“It’s been a long time coming to get another win, the car felt good from the start and it’s just a shame we couldn’t stay in the top three all weekend. It was hard work, everything’s so competitive and the points have helped our championship a lot in the fight for second. I think John [Mickel] might be a bit too far away for us to catch in the lead, but anything can happen in Legends!”

There is now a six week summer break for the Legends Cars National Championship with MRF Tyres competitors ahead of rounds 10 and 11 of the season, which will take place at Donington Park in Leicestershire over the weekend 21st/22nd July. 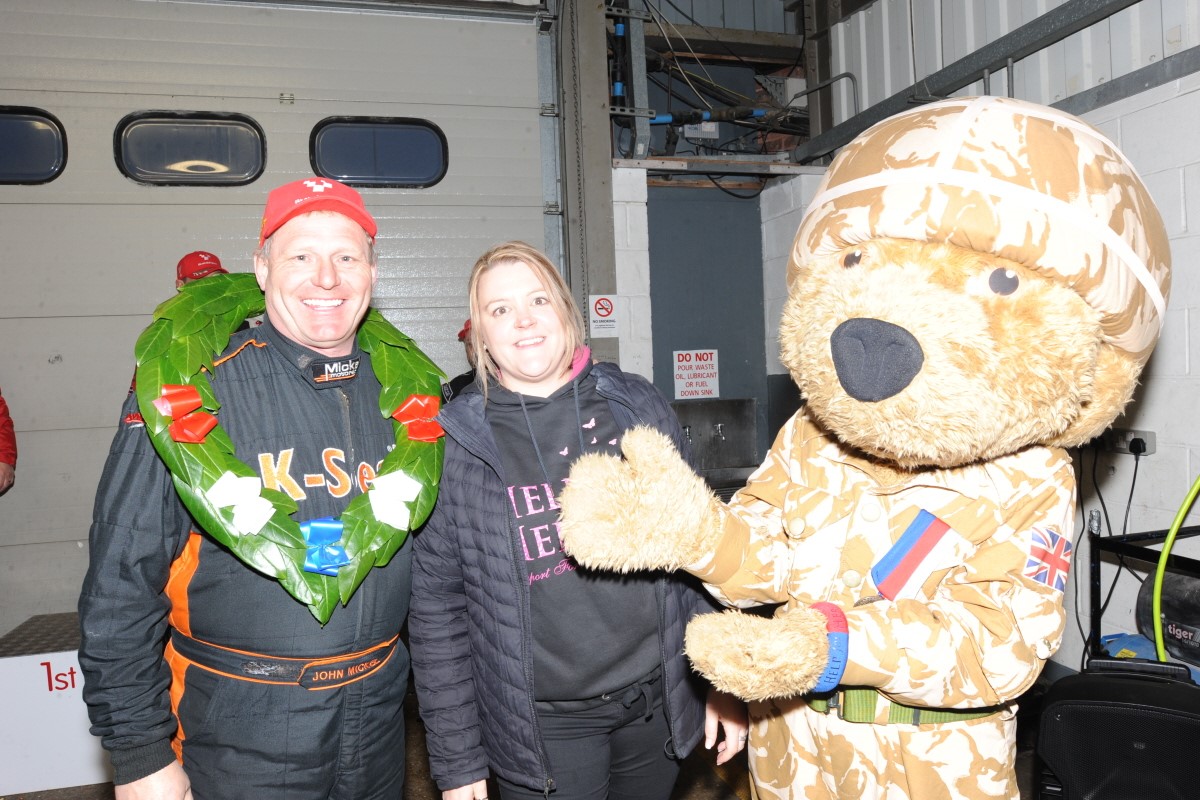 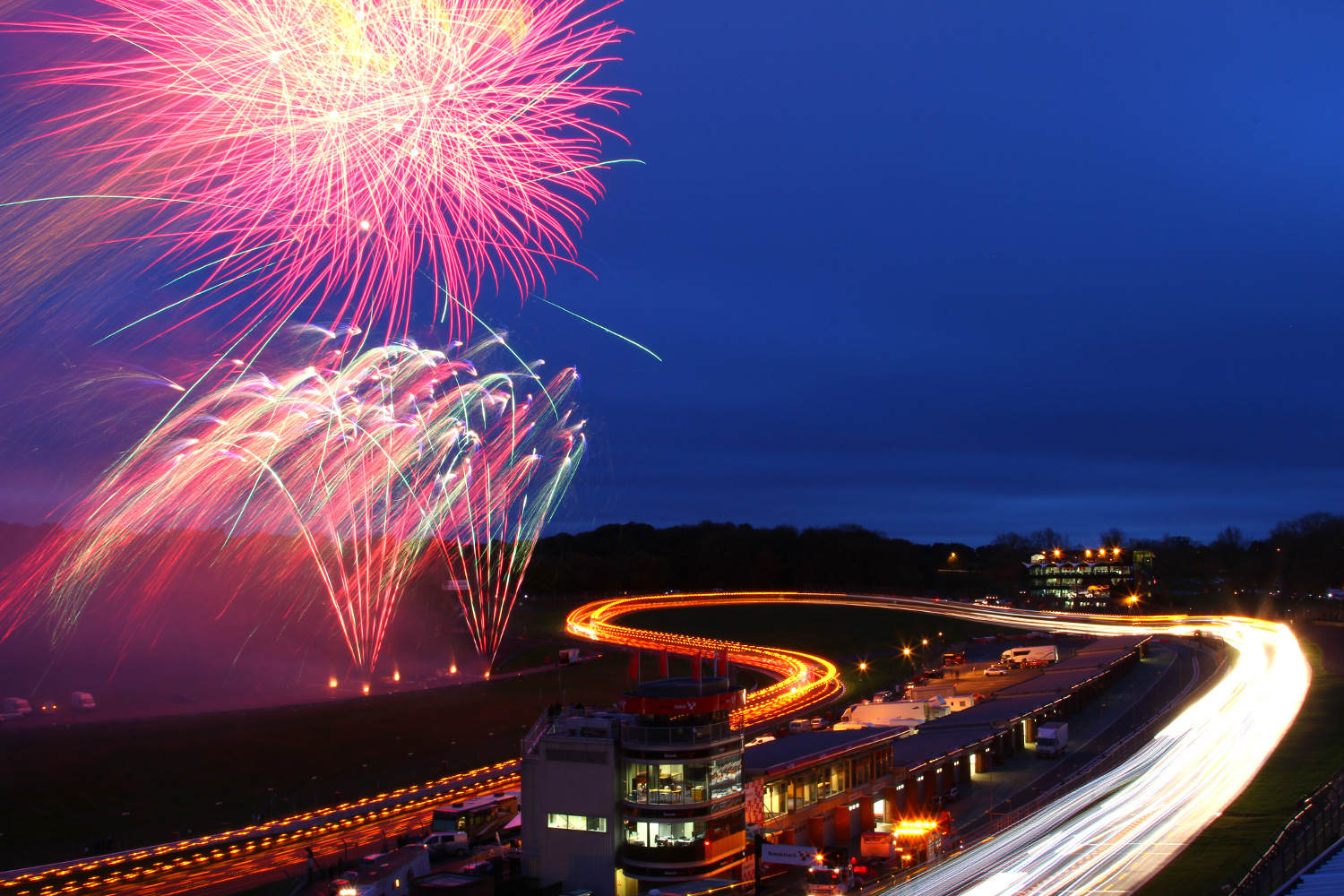 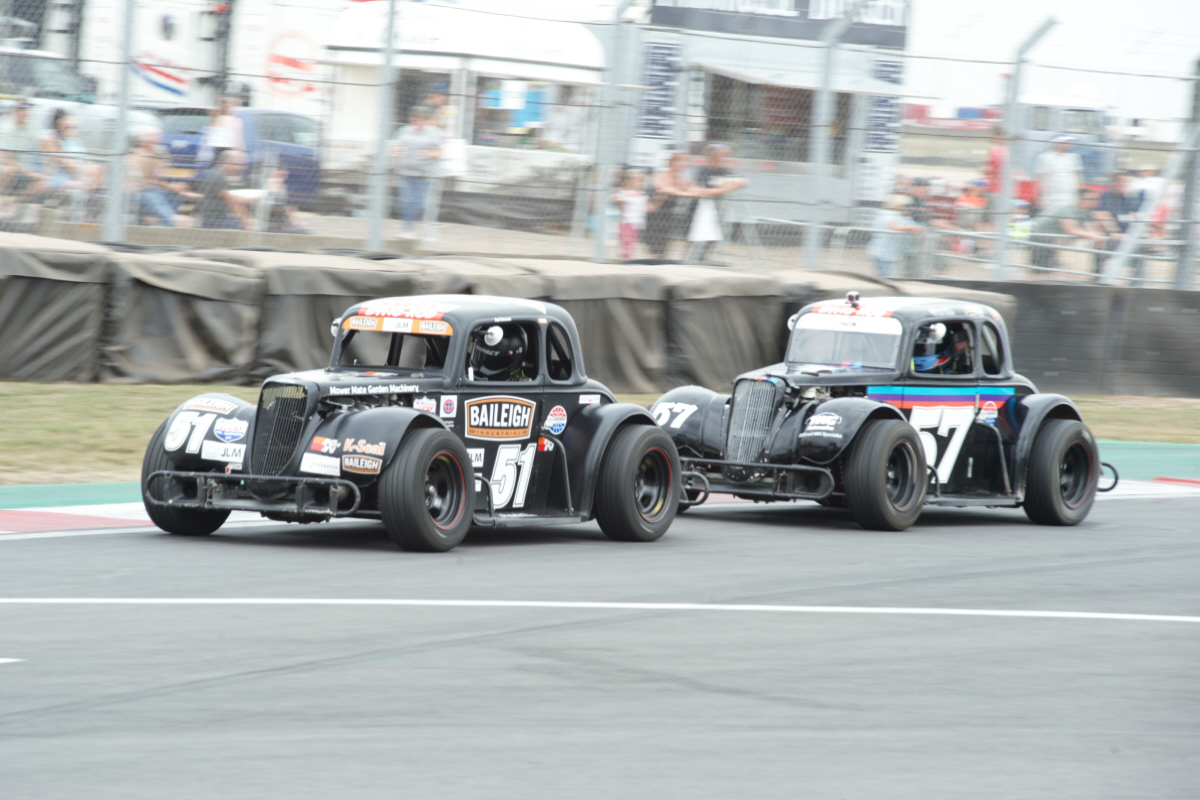 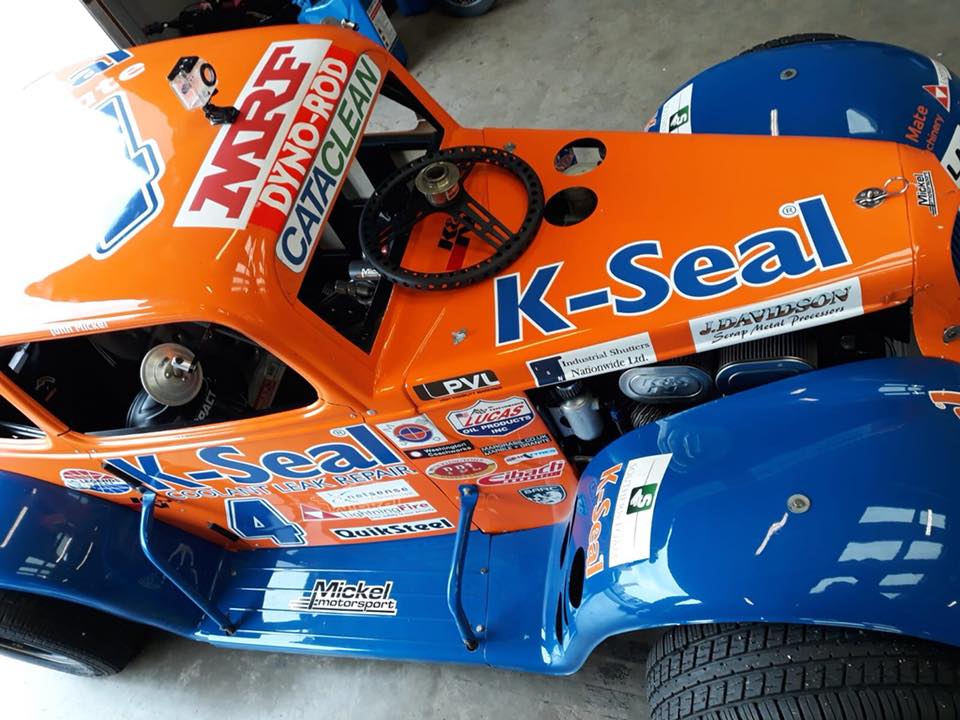