All drivers were greeted by a beautiful sunny day for round 6 of the UK Legends Championship. Spirits were as high as the sun in the sky as the weekend kicked off at the iconic track.

The weekend started promisingly with all cars making it across the finish line in good order despite the high number of spinners and crashers.  #4 John Mickel powered by Quiksteel and WorkshopPress started 10th row and leapfrogged his way to the leading pack to steal 2nd place by 0.1 sec. Chris Brockhurst #89 powered by Everymans Garage also made it inside the top ten with a great drive followed closely by a gaggle of team cars lead by Lee Fitzpatrick #55 powered by Lindhill Homes.

With the grid reversed, Chris Brockhurst finished just behind John Mickel in 4th and 3rd respectively with Lee Fitzpartick nipping at their heels in 5th and Paul Simmons #51 powered by Hasting Consultancy group making it four team cars to finish inside the top ten.

This was to become one of the best finishes to date for Mike Schlup #3 powered by JLM finishing in 6th, and it was also one of the most successful placings this weekend for Luke Simmons #25 powered by Allswage UK in 11th.

John Mickel started 22nd on the grid and made it through the surging pack to 6th place but was then spun out by a heavily braking #32. John re-joined and was making good progress to then experience a legend on his roof at Druids as the Championship leader, attempted to overtake on the grass on the inside approach to Druids and made contact with John’s rear wheel which then launched the #1 car up and over the top of the silver machine, leaving John to limp home in 18th place. Having gathered all missing parts from the very cooperative Marshals who had kindly gathered them up following the incident, the team did another amazing job at rebuilding the limping car to enable John to get out for heat two.

Unbelievably, John was held accountable for both incidents. He was issued severe penalties. The penalties handed out to John meant he had to start heat two from pit lane.

The team placed an appeal against the decision of the Clerk of the Course, which, due to lack of time, was then scheduled for after heat two.

Because of the appeal process, thankfully, John Mickel did not then have to start heat two from pit lane and was able to take up his scheduled grid position.Rookie, Oli Schlup #9 powered by K-Seal achieved his very best result in 6th place and currently lies in 13th place in the Championship. Rookie Luke Ttakoushis #55 powered by Lindhill Homes, has been consistently improving since his success at the last Brands Hatch outing earlier in the year and finished with his weekend best result in 12th place.

Rather frustratingly, John had to spend considerable time in race control defending himself and provided additional evidence. Upon appeal, both decisions made by the Clerk of the Course were overturned by the Stewards of the meeting. The penalties were dropped and the race result from heat one remained.

John Mickel was still fuelled with red mist and flew through the pack from 12th to quickly take the lead, but his dented car was struggling to maintain the distance ahead of the chasing cars and he lost his lead with just a few laps to go but clung onto 2nd. Chris Brockhurst was plagued with engine issues and was unable to finish. 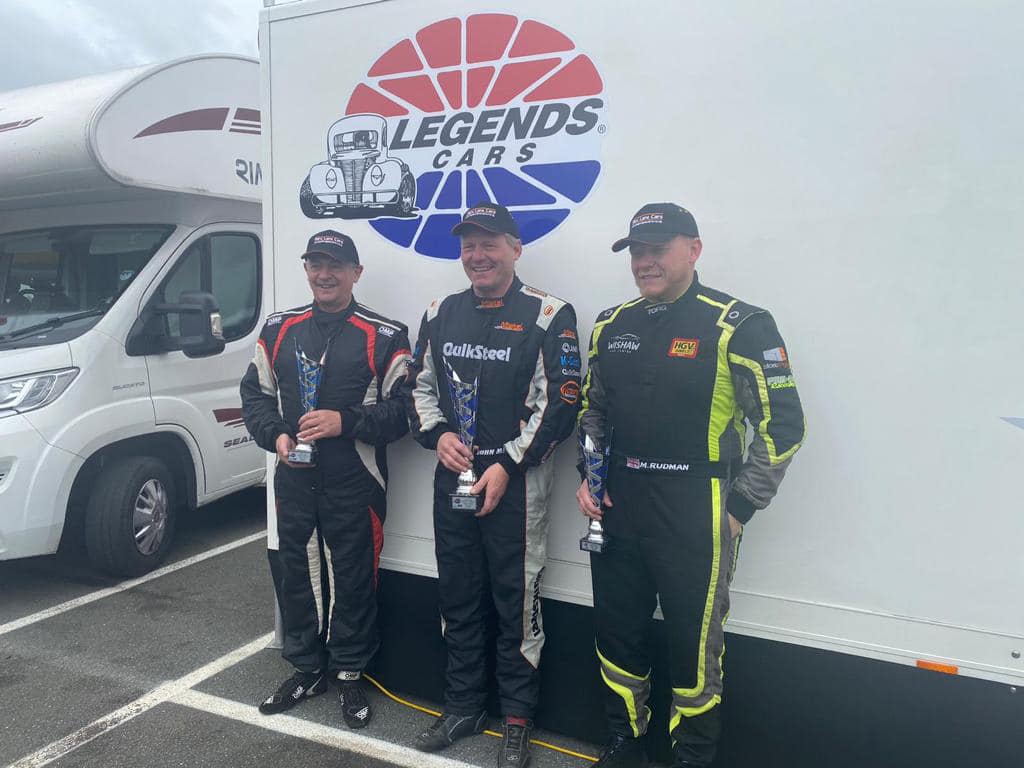 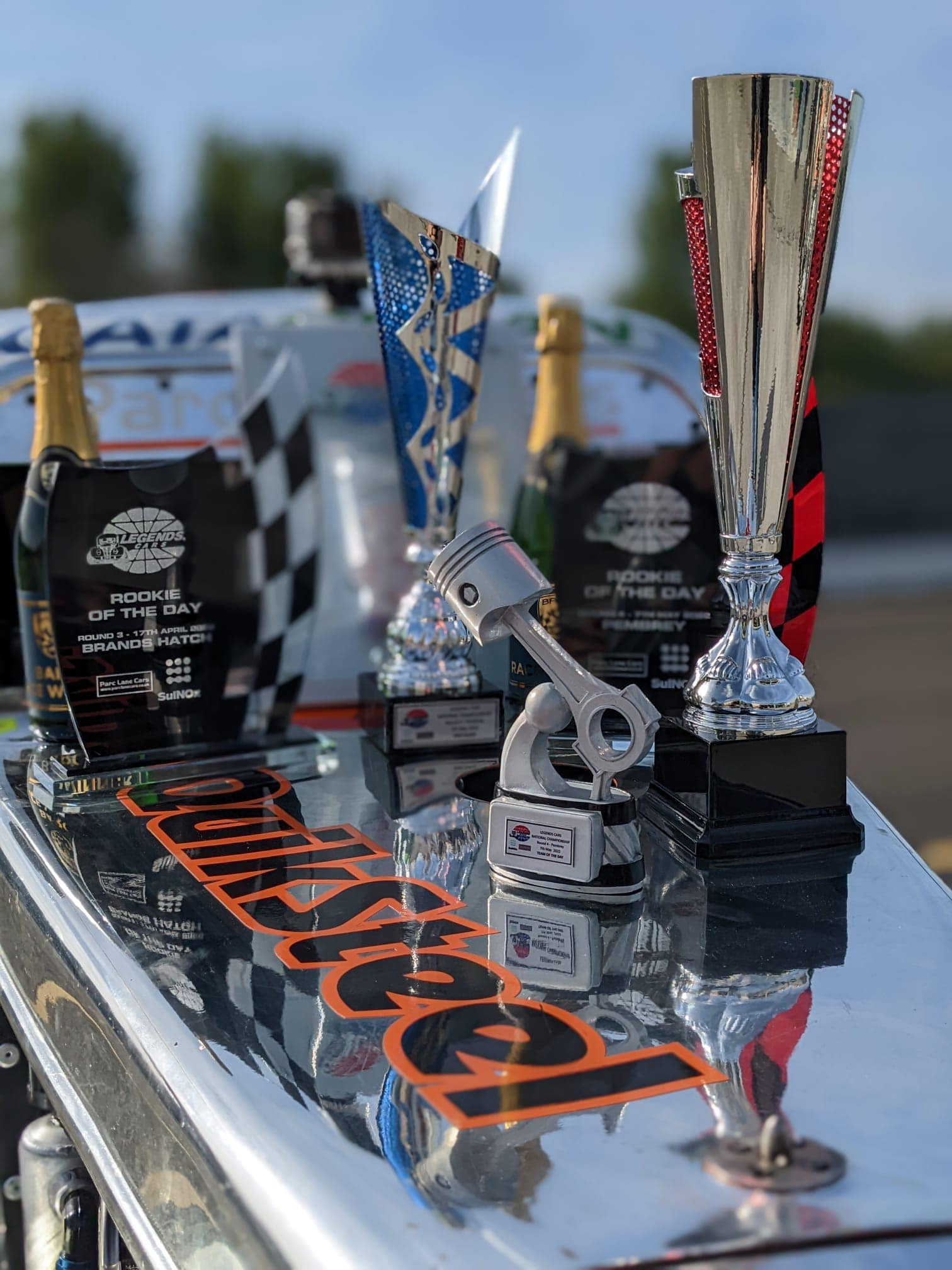 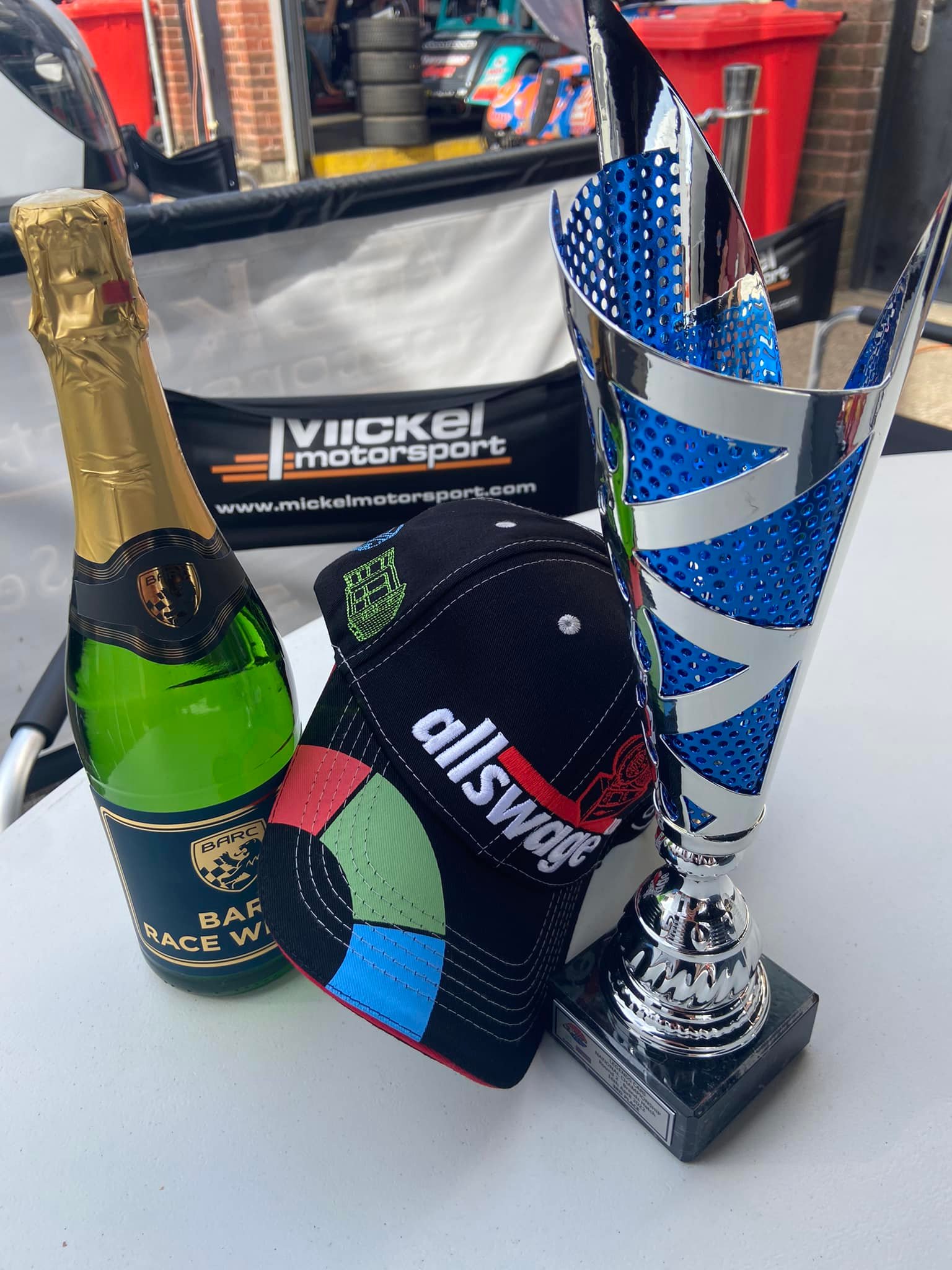 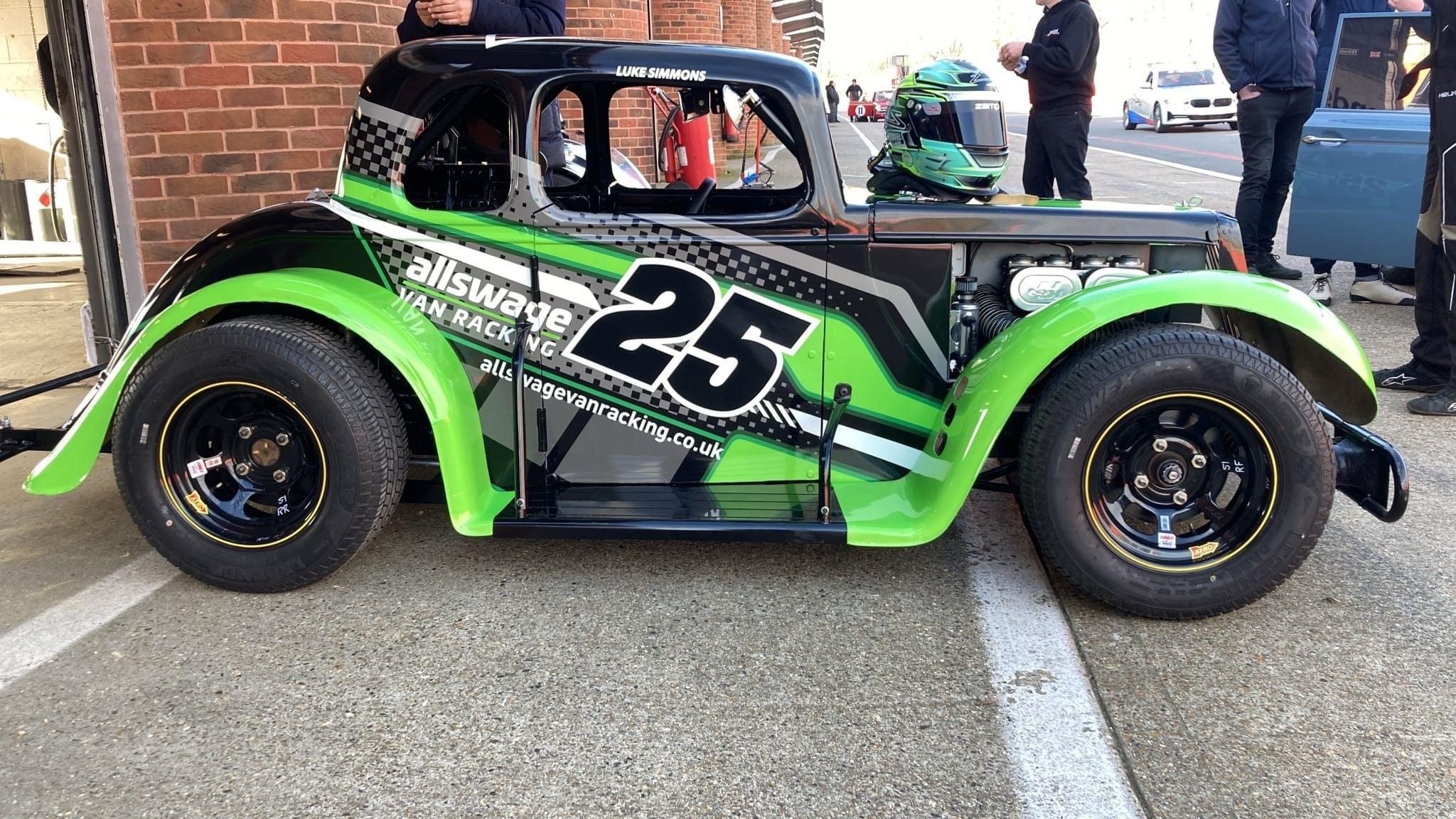 Star of the Legends Cars National Championship, Mickel Motorsport is raring to get the 2022 season started at the Oulton Park, April 2nd.