Rounds five and six of the season truly were sensational and alongside success for Pett and Smith, there were also wins for reigning champion John Mickel (Horsham) – who moved to the top of the championship for the first time in 2019 – and a stunning victory from the back of the grid in the last of the six contests for local racer Tom Grainger (Sidcup).

Will Gibson (Camberley), who has endured a luckless year, delivered great consistency on Saturday to top the points tally for the day in round five – the first time in his career. On Sunday, Miles Rudman (Sutton Coldfield) topped the round six points with an equally consistent run of results.

Star performances throughout the field in biggest event of season
Pett, who took his first wins of the year the previous weekend at Anglesey in North Wales, started off American Speedfest with the fastest time in qualifying and he went on to chalk-up victory number three of his season in the opening Heat on Saturday morning.

Leading the first couple of laps, he then slipped behind Mickel prior to the Safety Car appearing on lap three. After the re-start Mickel led until lap seven when Pett re-passed him en-route to the win, and James Hall-Morton (Cleckheaton) also grabbed second which he held to the flag on lap 10.

In Heat Two, Sy Harraway (Weston-super-Mare) led at the end of lap one from Smith and Gibson before Smith hit the front on lap two and Gibson moved up into second a lap later. With absolutely nothing to split the front-runners, Smith maintained the lead until lap eight when Harraway hit back, having re-taken second several laps before, but Smith responded on the penultimate tour to win.

Continuing his momentum from Anglesey seven days earlier, Smith took victory by a fraction on the line from Harraway with Gibson scoring well again in third. Local racer Connor Mills (Upminster) was fourth, ahead of Rudman and Robert King (York).

Saturday’s Final was something of a 2019 landmark, with Mickel claiming his long-awaited first win of the year. Jonty Norman (Wakefield) was at the front of the pack at the end of the first tour, before Paul Simmons (Lingfield) made his way into the lead on lap two where he stayed to lap seven.

Mills and former Legends Cars champion Robin Fountain (Boston) then took turns at the front before Simmons fought his way through into the lead once more on lap nine. Frustratingly for Simmons, though, misfortune soon after dropped him out of contention and team-mate Mickel swept through to take the victory from Mills, the ultra-consistent Gibson, Pett, Hall-Morton and Smith.

After topping the times yet again in qualifying on Sunday morning, Pett starred in the first Heat of day two with his second victory of the weekend after an immense race-long battle with Hall-Morton and, latterly, Rudman. Pett made the most of his front-row start, alongside first time pole-starter Phil Turner (Potters Bar) to lead and he was shadowed, thereafter, by the ever-present Hall-Morton.

Running bumper-to-bumper, the duo tried to break away but Rudman had other ideas after leaping from 14th to third on lap one. As the pressure built, Hall-Morton made his move at the end of lap six before Pett hit back on lap nine. Then, on a superb final tour, Rudman hit the front at Paddock but Pett was able to strike back to win as Hall-Morton just shaded Rudman for second.

Gibson started Heat Two from pole position, with Smith alongside, and he made it count to lead from Rudman through Paddock, before Smith re-took second out of Druids. With nothing at all to separate the trio at the front, the impossibly tight battle was soon joined by Simmons, Mills and Hall-Morton with any one of those six a contender for victory.

Rudman moved to the front on lap six, with Smith following him past Gibson to take second, and by lap eight no fewer than nine cars were in the lead train. Smith, driving wisely, made his move out of Druids on the final lap to take the lead and he held on to win at the line by just 0.1 seconds from Rudman with Gibson third from Simmons, Mills and Mickel. Just a single second covered the top six!

Sunday’s Final delivered another first time winner for the 2019 season with Grainger producing a memorable and very well judged drive from the back of the grid to seal a popular, and somewhat unexpected, victory. Sharing the No.26 ‘Team Car’ with Rickie Leggatt (Worthing), who piloted the Ford Coupe in Saturday’s three contests, Grainger absolutely starred.

Fountain made the early running before Gibson moved into the lead on lap three, then Simmons climbed to the head of the pack on the eighth tour. All the while, Grainger was making his way through the field and after breaking into the top three on lap 10, he was second the next time around before duly taking the lead, and the win, from Simmons, Mickel, Rudman, Gibson and Hall-Morton.

Marcus Pett – Double Brands Hatch Winner:
“We started this weekend with how we left Anglesey really, with some cracking pace, and I think we’ve shown that in pretty much every race. It’s great to get another couple of wins under our belt, which is good for the championship. The car is reliable underneath me, I’m gaining confidence and the car is just so easy to drive which means I can concentrate on the racing which is bringing results.”

Sean Smith – Double Brands Hatch Winner:
“We’ve had a good weekend, stayed out of trouble and got a couple of wins which is obviously fantastic. Everyone is quick round here, everyone, and it’s so hard to pick your way through. There isn’t a top six that can disappear, probably 15 people who can win a race, so it’s all about finishing and collecting the points.”

John Mickel – Saturday Final Winner:
“It’s obviously good to take a win, we need to get back on the wins and do our bit. We can’t rely on other people not finishing or making mistakes, so hopefully we’ll find some more pace before we go to Donington. We’re there or thereabouts and if we improve on our results overall a little bit then we’ll be sorted.”

Tom Grainger – Sunday Final Winner:
“I chose to start from the back of the grid, to stay out of trouble, and I thought I’d just cruise around really. But in the middle of the race I thought it was going well, so I thought I’d have a go! It’s brilliant [to win], a really fantastic effort from the team.”

There is now a lengthy 10 week summer break for the Legends Cars National Championship with MRF Tyres competitors, with rounds seven and eight of the season taking place at Donington Park in Leicestershire over the weekend 10th/11th August. 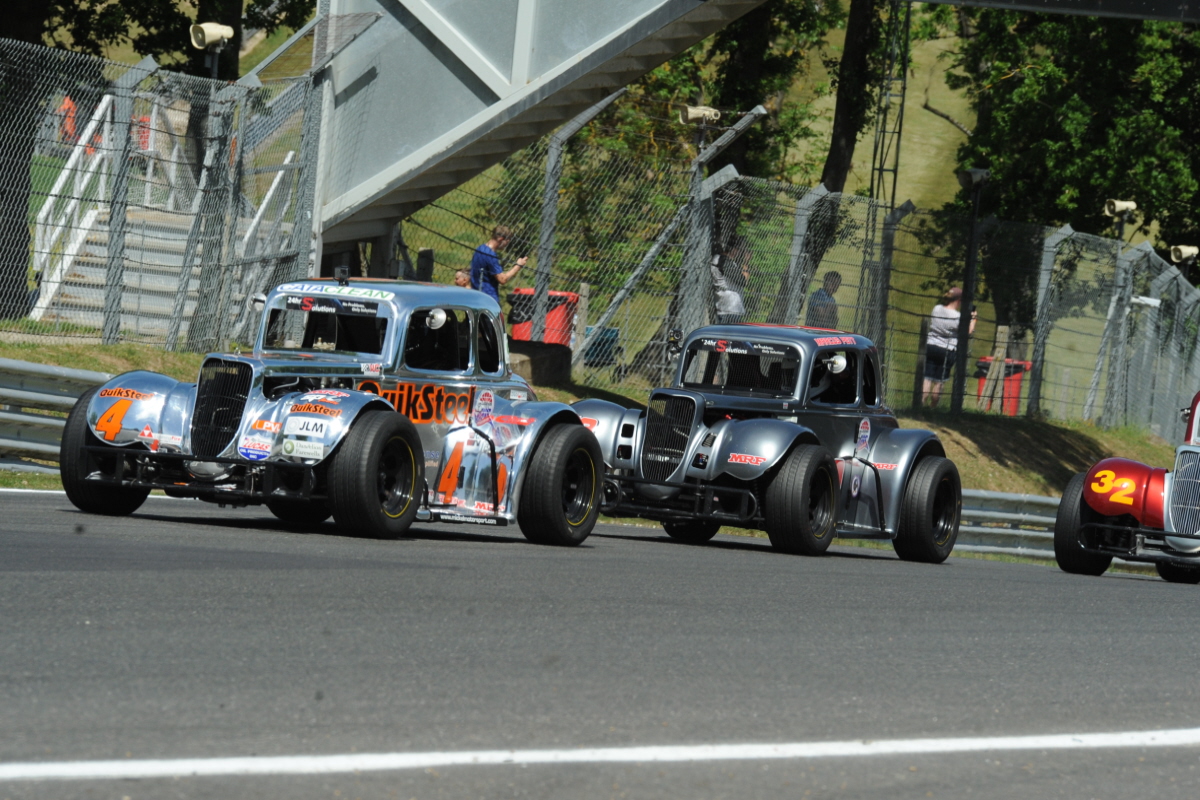 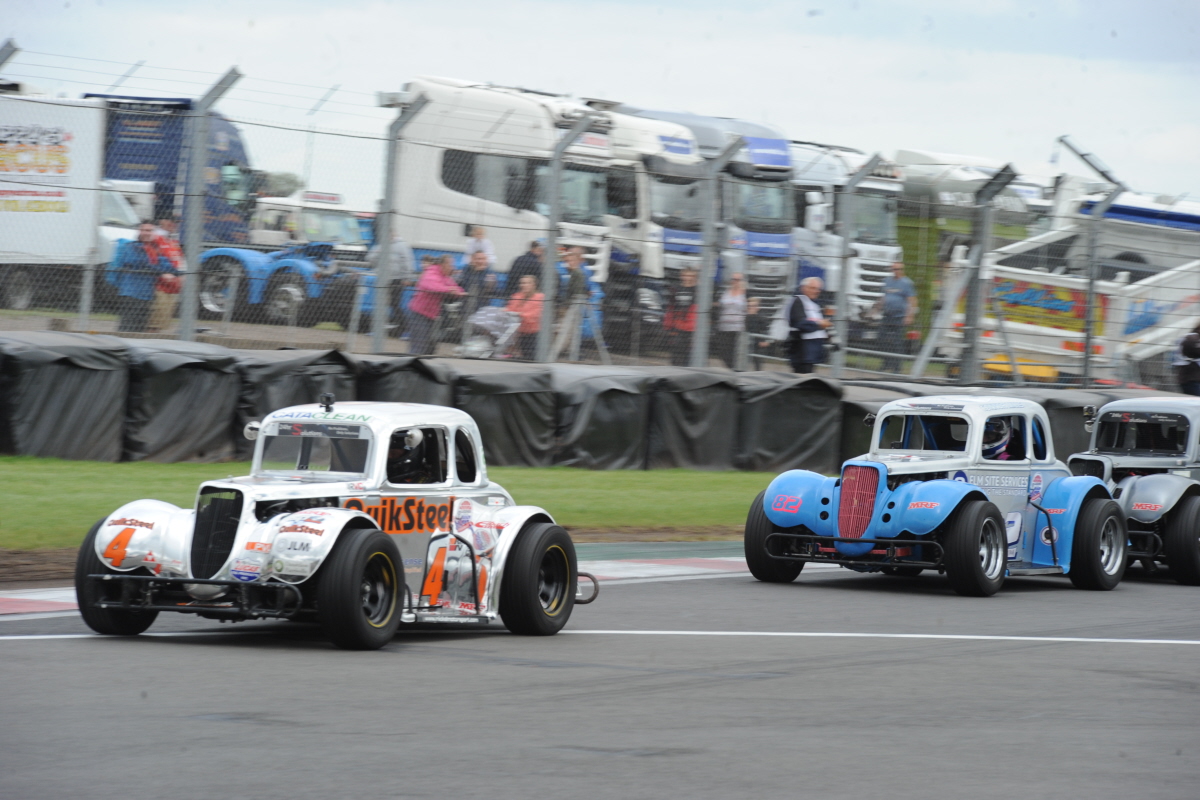 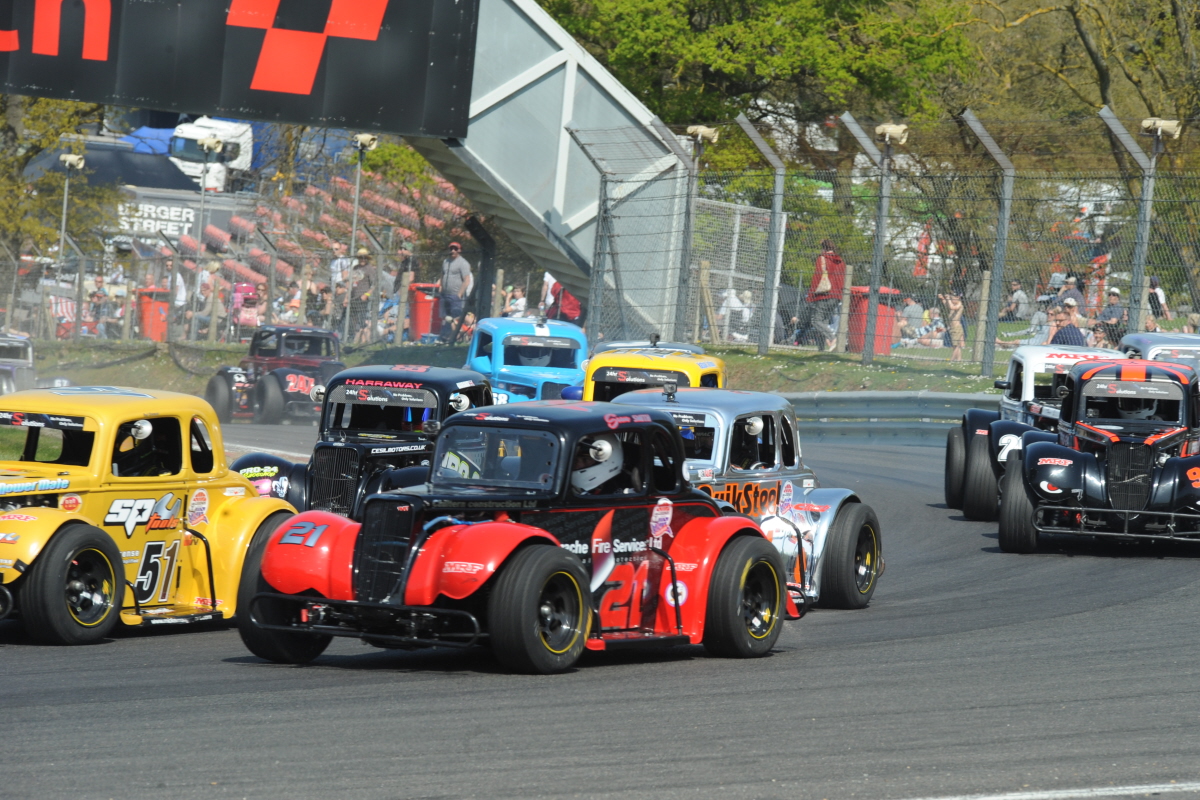